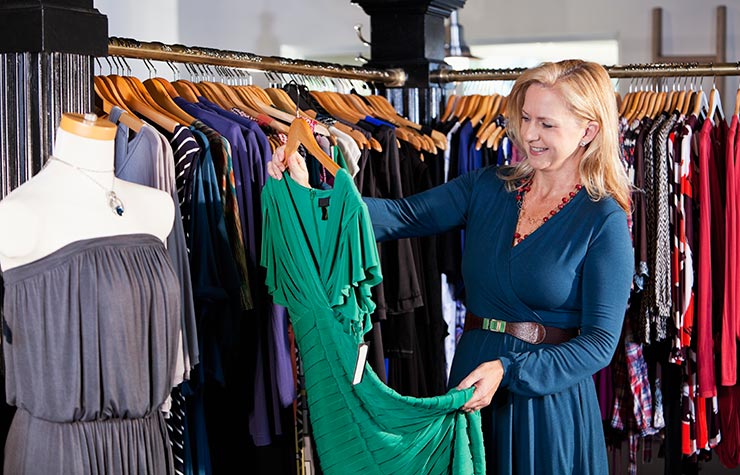 Recently, many designers have been considering the past eras, interpreting the fashion of the past. This is a fun activity. Creating new looks, which use elements of historical costumes, you can see that many of them look unusual and even fantastic. However, more and more designers are turning to the fashion of the future, a futuristic style is developing.

Futurism in fashion as a trend is considered to have begun its inception in the 60s and 70s of the last century. The first spacecraft, the first cosmonauts, went into space. It was at this time that many looked into the starry space as the future of humanity. Designers have also shown an interest in “exploring” galaxies, creating new shapes and using modern materials.

André Courrege not only shortened the skirts, but also began to use new synthetic fabrics. The Space Age wave was picked up by Paco Rabanne and Pierre Cardin. Films on the space theme appeared, which, if you revisit today, are very funny and naive, and at that time, for example, the film “Barbarella”, gained enormous popularity, and not only thanks to the idea of ​​director Roger Vadim and the sexual heroine, but also to the costumes that invented by Paco Rabanne.
The designer used unusual materials to create fantastic outfits, while working with a soldering iron and metal plates, with scissors and paper.

In the 60s, Paco Rabanne’s costumes reflected the cosmic wave and the sexual revolution at the same time. Paco Rabanne has become at the forefront of futuristic fashion. Cardin’s girls wore bright-colored trapeze dresses and patent leather knee-highs.

In the eighties, the theme of futurism entered a little differently – with huge pointed shoulders, “acid” shades, overalls and large, bright accessories from plastic.

With the development of the Internet, a new space era began, in which Thierry Mugler, Alexander McQueen, Christopher Kane, … Iris van Herpen took part, which continues the theme of futurism both in space and in the ocean today.

Chain mail, silvery overalls-space suits, dresses made of plates, holographic outfits, sparkling shoes, flying saucers, … – the theme of futurism continues, and every year we become owners of more and more fantastic ideas. Gradually, science fiction turns into a special and independent style that allows you to look into the future.

Fashion critics, and women of fashion, want to see something special in futuristic collections, connected not only with the conquest of outer space.

Varieties of futurism in fashionable clothesFuturism-minimalism , created on the basis of unisex style.

Surreal futurism . Here everything is difficult to compose your everyday wardrobe, except for the catwalk or music shows.

Today, the futuristic style allows you to look not only into outer space, you can plunge into the depths of the ocean or imagine the architectural structures of the city of the future and see something special extraordinary there, or simply create things that hypertrophy individual parts of the body – with huge shoulders and pockets , hats, sleeves or heavy shoes …

Futuristic style, in any form, you can recognize by the following features: One of the simplest and the rules available that everyone can use is the palette. We focus on steel, cobalt, golden, silver, platinum shades. Available in black and white. However, bright shades, namely of an acidic nature, which were in the 80s of the last century, will also help create the image of a girl from another planet.

Accessories. They can be of an unusual shape, rather large, with original lines.

Shoes are also massive, with a high platform or heel.

Jewelry of the original form plus unusual decor in the dress …

To do makeup in futuristic style, enough sparkle or a few bright touches. Excessive colors are possible only in evening dresses, and even then, only when creating a carnival image.

Stylish examples from the latest collections of famous designers

We can say that the theme of futurism in collections from season to season is demonstrated on the catwalk, where not only outer space is considered. Annakiki’s latest collections feature futuristic looks in black, white and gray. Some looks emphasize broad and pointed shoulders, while others focus on flowing, streamlined shapes. At the same time, the futuristic image is enhanced by the op-art print or the metallic sheen of the material.

All their creations have always embodied a passion for the Baroque era and retro films 50- 60s. The collections of women’s clothing contained a lot of lace and corsets, bright colors and large intricate patterns. Each Dolce & Gabbana collection is luxurious and extraordinarily feminine. Often, designers discover something new for the fashion world, they don’t follow trends, they create them. And the latest collections are also marked by innovation, but how? The future of humanity … as they see it.

This time, Olivier Rousteing, creative director of the Balmain brand, decided to fantasize about the future. In the collection, silver trousers, skirts and jackets alternate with flight suits, aviator jackets, parachute silk dresses, fluorescent shades with khaki. The space theme is reflected not only in the elements of the collection, but also in the decorations.

We are now living in a time of global change. The pandemic is pushing businesses towards a massive shift to on-line. Space is becoming more accessible, now not states, but private companies are launching rockets into orbit, and soon they are planning to conquer other planets. New technologies for the production of materials are still emerging, and more and more people are thinking about preserving the planet. All this and many other processes in the world are pushing fashion to develop a trend for futurism.

Fashionable clothes and images in a futuristic style