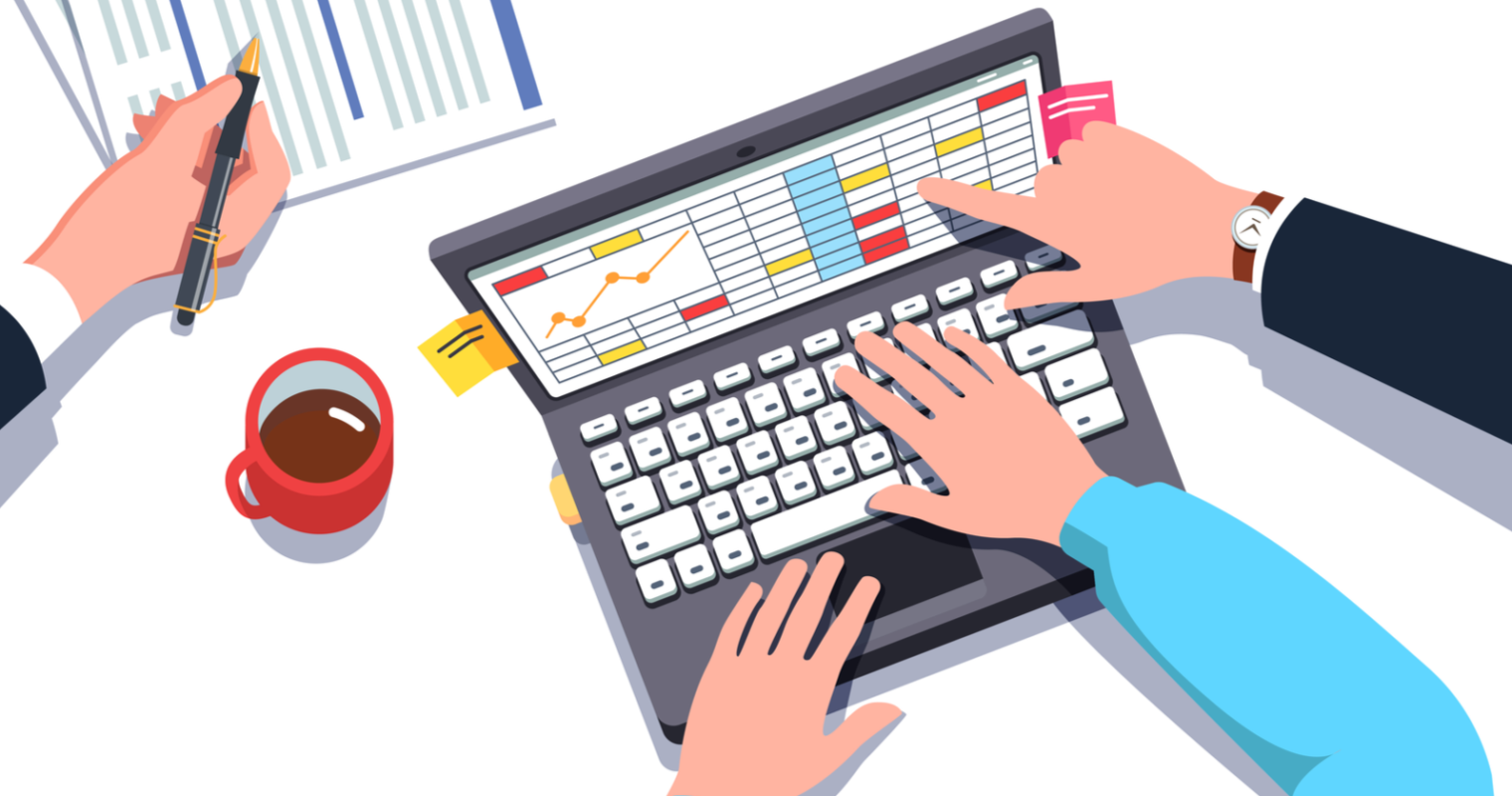 Deciding how much to invest in AdWords is one of the most difficult challenges faced by small and medium-sized businesses starting out on this pay-per-click platform. While it is true that Google allows you to set a budget as high or as low as you want, the reality is that a low budget usually translates to poor profitability.

Establishing a realistic budget , which takes into account factors such as industry and competition, is essential for success in Google AdWords. If we invest € 100 we do not expect to obtain a return of € 1,000, no advertising offers us such a return on investment. Generally, we must calculate between a quarter and a third of what we want to invoice in advertising investment, be it online or offline. The difference is that online advertising allows you to calculate the return very precisely.

How is the investment in AdWords spent?

Although it is normal that many clients tend to hold back in their investment in a form of advertising that they do not know if it will work for them, the worst thing they can do is not invest enough to be able to carry out a good optimization of the campaign , since it will take longer to get the best result from it.

Let’s remember that an AdWords campaign consists of carrying out a targeting by keywords, with their corresponding ads and extensions, locations, etc., and not all of them will generate good results. That is why it is necessary that the investment is high enough to be able to test the more words, ads, etc., the better, and focus on the ones that perform the best. If the campaign is a tree and the daily budget is finished with just a few clicks, we will not be able to “prune” the excess branches of the tree and leave the most lush ones. All this, taking into account that the price of the click varies according to the existing competition, and therefore also determines what we must invest.

In addition, word testing should not be done, contrary to what many think, evaluating the number of clicks they attract, but the conversions they generate, that is, online purchases, reservations, calls, requests for information via the form or any action that we have as a goal that customers do on our new website.

The conversion rate per euro invested varies greatly depending on the sector: it does not cost the same to convince a user to send an information request form about a reform, to make a reservation for an English course or Calling to ask for a price to fix a blind that is urgent, and in turn, this may vary depending on the time of year and other factors. It can be 1%, 2%, 4% and even more, depending on the product or service and the competition.

At the beginning the investment is to study the market

The first weeks of a AdWords campaign , therefore, are aimed at getting to know our audience in the only way we can do it without having paid very expensive market research: testing. So the answer to the question of how much to invest in AdWords is clear: as much as possible and more, better € 1,000 than € 500 and better € 5,000 than € 3,000. The higher the budget, the more profitability can be derived from it.

Let’s take a real example, which illustrates this question well:

Let’s imagine that a renovation company wants to promote its services through Google AdWords and decides to invest a budget of € 1,000 per month in clicks.

If we look at the bid recommended by Google to appear in the search results for words such as “Barcelona reforms” and “Barcelona reforms companies” , we will see that it is about € 6 per click, since it is a sector with a lot of competition.

If we calculate how many clicks we can attract if we make adequate ads and appear in the first position in the search results, we will see that there are between 166 and 167 clicks per month (perhaps more if thanks to the quality of the ads and the user experience on our website, Google gives us a good position for a lower bid). These clicks, on a daily basis, represent about 5 or 6. When these clicks are generated, the ads stop being shown so as not to exceed the budget. It is very difficult for us to know what combinations of words, ads, etc. They work and which ones to discard only with 5-6 sample clicks, which may generate a single form or a telephone call requesting information every several days, until they constitute about 6 conversions per month, if the conversion percentage is around 4%.

About 6 conversions per month do not give us enough information to conclude which are the successful segmentations, since we cannot know if the limitation in the budget has simply not allowed to give a chance to another segmentation when we have already spent those 5-6 daily clicks with another.

This does not mean that the budget of € 1,000 per month is not being profitable. At the end of the day, 5-6 requests for information per month, if they are from people requesting a reform, say, 3,000 euros, represents a potential turnover of 15,000-18,000 euros, and if of those potential clients we manage to convince one , we will have achieved a return on investment of 2 times what we invested, that is, 200%.

However, a budget of, say, € 5,000 per month , would allow us to generate several dozen conversions per month, from which we can analyze which combinations of words, ads, etc., have them. generated and at a lower price, and enhance them to the maximum, discarding those that generate fewer conversions and at a higher price. In this way, we will achieve an ever-increasing conversion ratio for every euro invested.

In general, any small or medium business, if you want to obtain a high profitability from the beginning and promote all your services or products, you will have to invest in AdWords of € 1,000 per month upwards.

Questions to know how much to invest in AdWords

Therefore, some important questions to ask ourselves to calculate how much to invest in AdWords are:

The conversions per euro invested, therefore, will vary greatly from one to another. While in some sectors, a 2% conversion on clicks already offers a great return on investment, perhaps in others, 4% can be improved. The more difficult it is to reach a client, the more likely our services will be more expensive, and we will have to invest more money in attracting them.

Actually … Should we limit investment?

As we said at the beginning, it is normal for small and medium business owners to have a limited advertising budget when they start from scratch, and more when they are not sure it will work for them. However, once they have made a first investment and have carried out the initial adjustments of the campaign during the first weeks and verified that it is profitable in terms of return on investment (ROI) Why limit the budget?

Advertisers who aspire to grow their profits online do not limit their budgets when they are profitable. They find that the more they invest, the more turnover they get. In other words: if for every euro invested in AdWords we get € 1.25, € 2, € 3, € 5 … why put a cap on what we spend on clicks?

The logical thing is to invest to a point where profitability stagnates, or that forces us to reconfigure our business in a way that can jeopardize its viability (called “dying of success”). This may include business expansions necessary to absorb demand but that involve borrowing, for example. That is why the ideal is to carry out sustained growth.

Focus on ROI, not spend

If we want to dominate the internet market in our sector, we cannot focus only on managing advertising costs, but on maximizing the return on those costs. And that is calculated by the cost per conversion.

The higher the investment in AdWords, we will have more data to segment the campaign more and better and increase ROI. For example, with a sufficient number of clicks we can establish patterns of market seasonality (and thus know, for example, whether to promote some products or others according to season), conversion according to day of the week, connection device, time slot , gender, age, etc., and prioritize those that are more profitable to lower the cost per conversion, and therefore increase ROI.

It is also true that the ROI in AdWords has to do not only with the optimization of the campaign, but also, and a lot, with the landing page of the ads. An unclear destination website, which forces you to browse too much to find the contact form, which does not explain the product or service well enough, which is excessively slow, etc., greatly influences the conversion rate for each euro invested, and therefore, in the return on investment.

Sometimes it happens that a campaign has been very successful for a long time, but it begins to present a lower and lower ROI due to an increase in competition, reflected in fewer conversions and therefore a higher cost per conversion. If it is not possible to further optimize the budget invested, maintaining a budget and a stable cost per click, a good average position, the keywords continue to have the same searches, etc., we should probably think about improvements on the web , both in design, content, and user experience. The most common is that after making changes, with the same campaign, more conversions are generated again, and therefore lower the cost of each one, making it very profitable again.

How much to invest in AdWords? Factors to take into account
Scroll to top