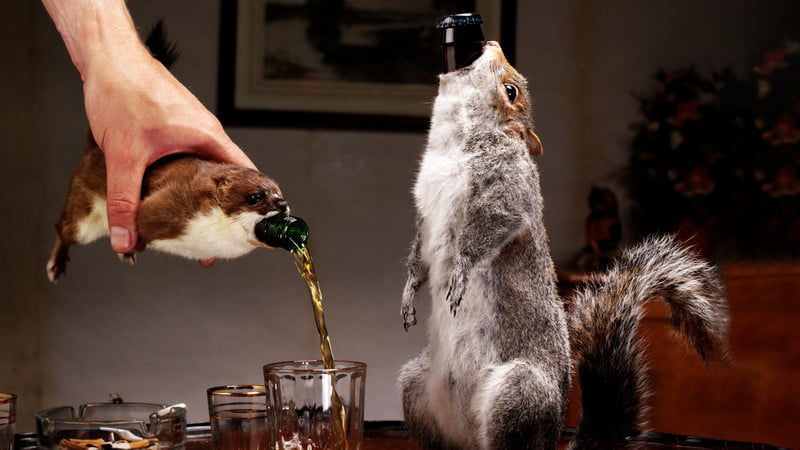 No Comments on Limit design: how premium alcohol brands surprise youPosted in Product Design By ReidPosted on 2021-10-172022-01-18

The release of a limited product is like announcing the hunting season for a rare beast on the market. Unusual products attract everyone: from collectors of curiosities to those who want to join a particular event. As for limited alcohol, this is a gold mine that feeds both elite brands and small private companies like craft beer breweries. For a rare bottle, fans are ready to stand in lines, and in some cases (like in the ChurchKey bar to taste the IPA Bell’s Hopslam beer) – even spend the night in tents.

But now we are not going to talk about how the creation of a deficit spurs demand, but about how rare alcohol is made out . Limit design is a separate story in the development of the shape of bottles and original labels. The professionals of the KOLORO branding agency know everything and a little more about the development of original packaging , including for exclusive ones. 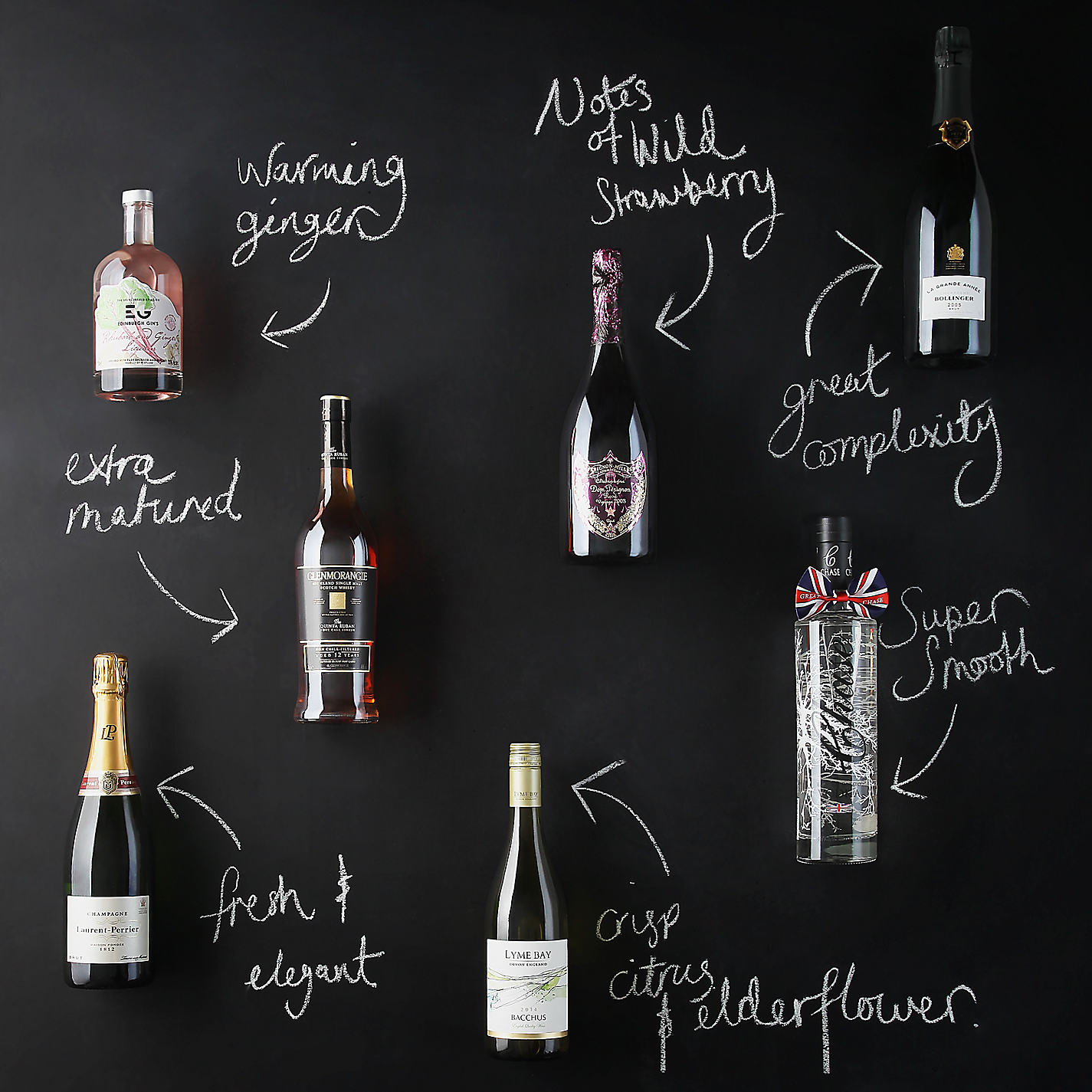 The bottle is different from the bottle: the design of the limit depends on …

Alcohol limited edition is produced by companies, as a rule, in connection with any event – New Year’s holidays, Valentine’s Day, the tenth anniversary of the brand. Sometimes something special is developed through partnerships and cross-campaigns (for example, stars, microphones and speakers appear on a beer label when a firm sponsors a music festival). Also, don’t forget about collectible editions and thematic exclusives to fuel interest among collectors and inquisitive consumers.

However, the reason remains the reason, and the design of the New Year’s beer label differs significantly from the wine one. That is, the packaging design is influenced not only by external factors, but also by its very filling. The history of the drink, associations associated with this or that type of alcohol – everything goes into action when a unique design is developed. 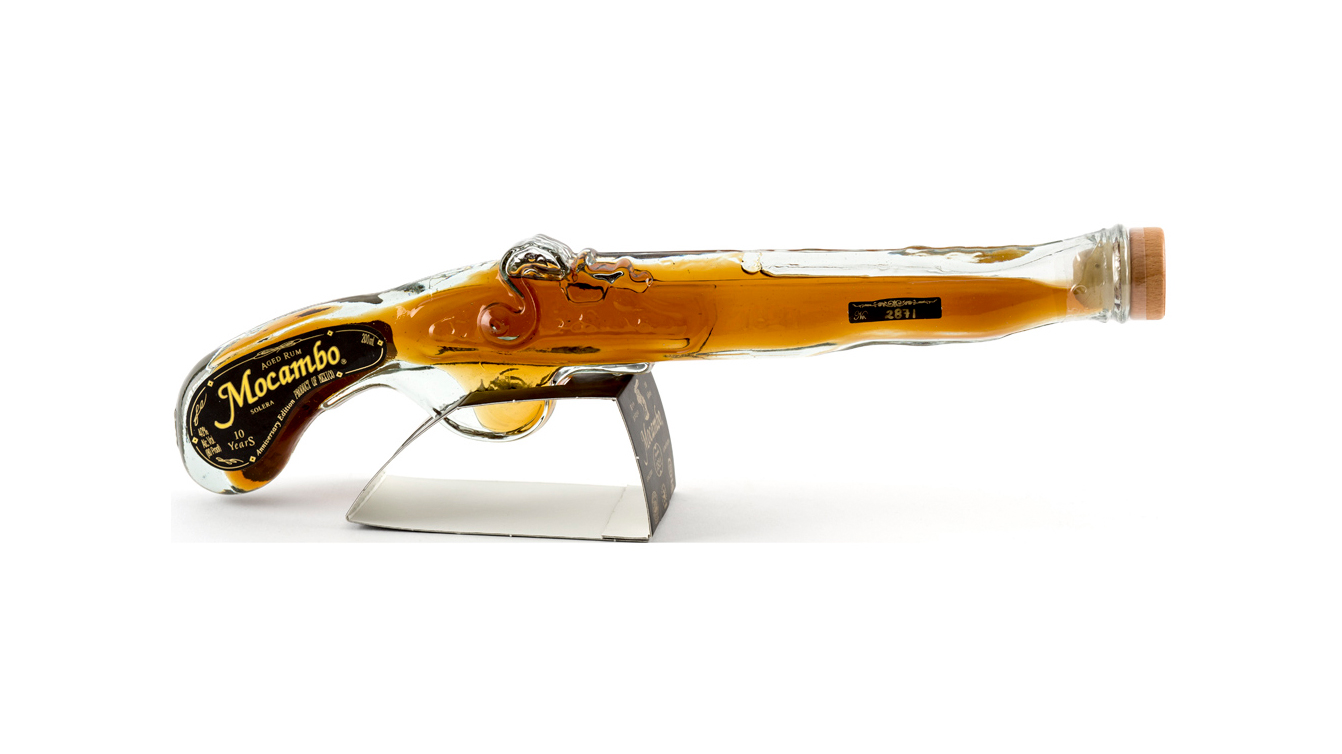 The pistol-shaped bottle of Ron Mocambo Rum is a reference to the pirate theme.

To make it clearer, let’s consider the solutions chosen for different types of alcohol, and note the main features that designers “play with”, creating the desired impression.

The beer market is fertile ground for stakes of all stripes. The most popular alcohol can be tied to absolutely any holiday and event. Sometimes there is no need to come up with a special reason: it is enough to tie a unique recipe to the season, and then the phrase “limited edition” will do everything for you.

A low alcohol drink goes with almost everything: sports competitions, music festivals and other events . The trinity “beer-chips-sport” effectively works all over the world, regardless of the difference in mentality. Producers of the foamy and wildly popular drink take advantage of this tradition by sponsoring football championships, boxing and other competitions. Examples include Corona Extra and a limited edition bottle with portraits and autographs of boxers. 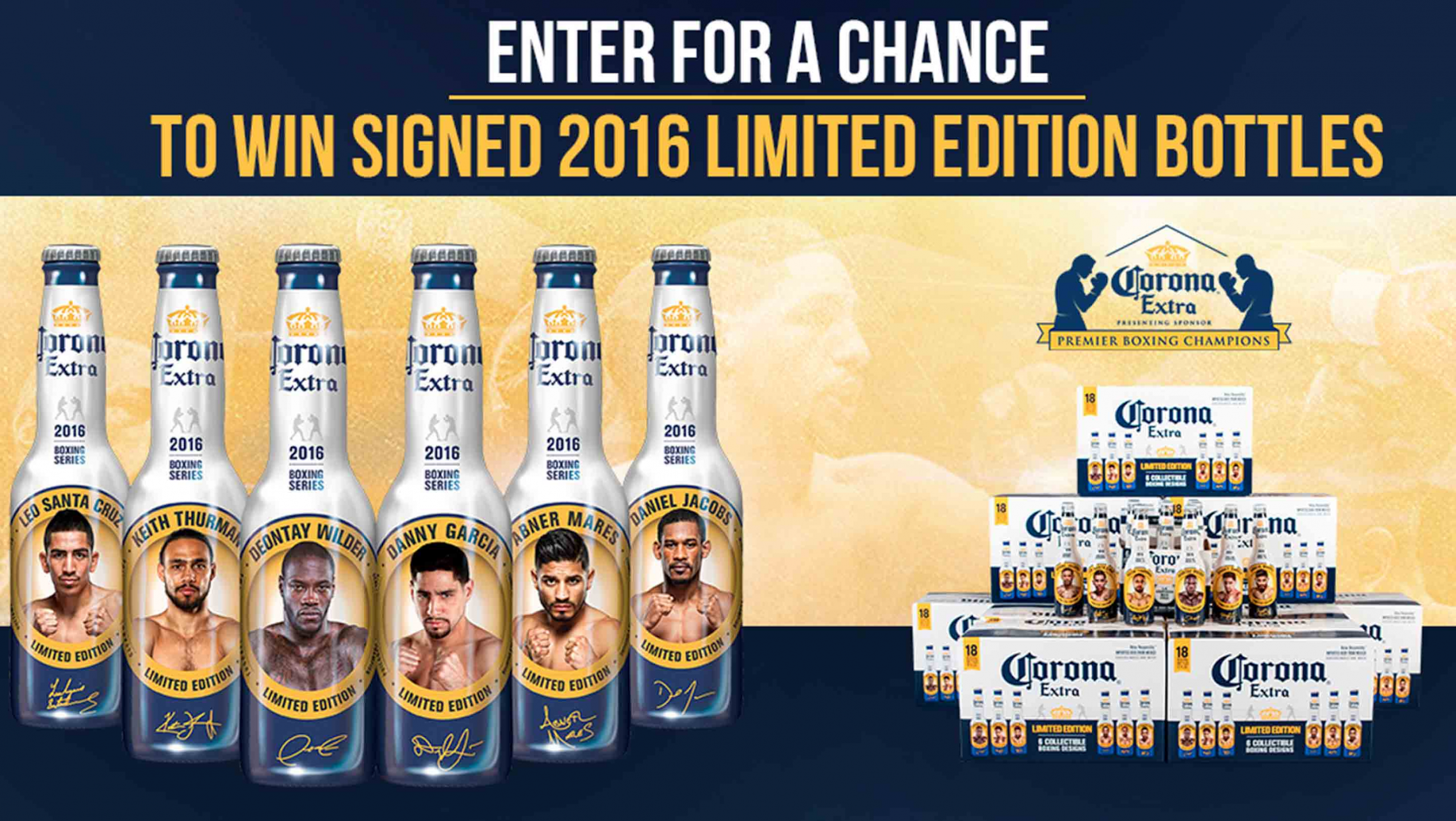 Although one does not need to look so far for examples: during football championships, a advertisement of the football beer “Chernigivske” immediately appears with all the proper attributes – balls, cups, fan scarves, and sometimes with portraits of Russian footballers on billboards. 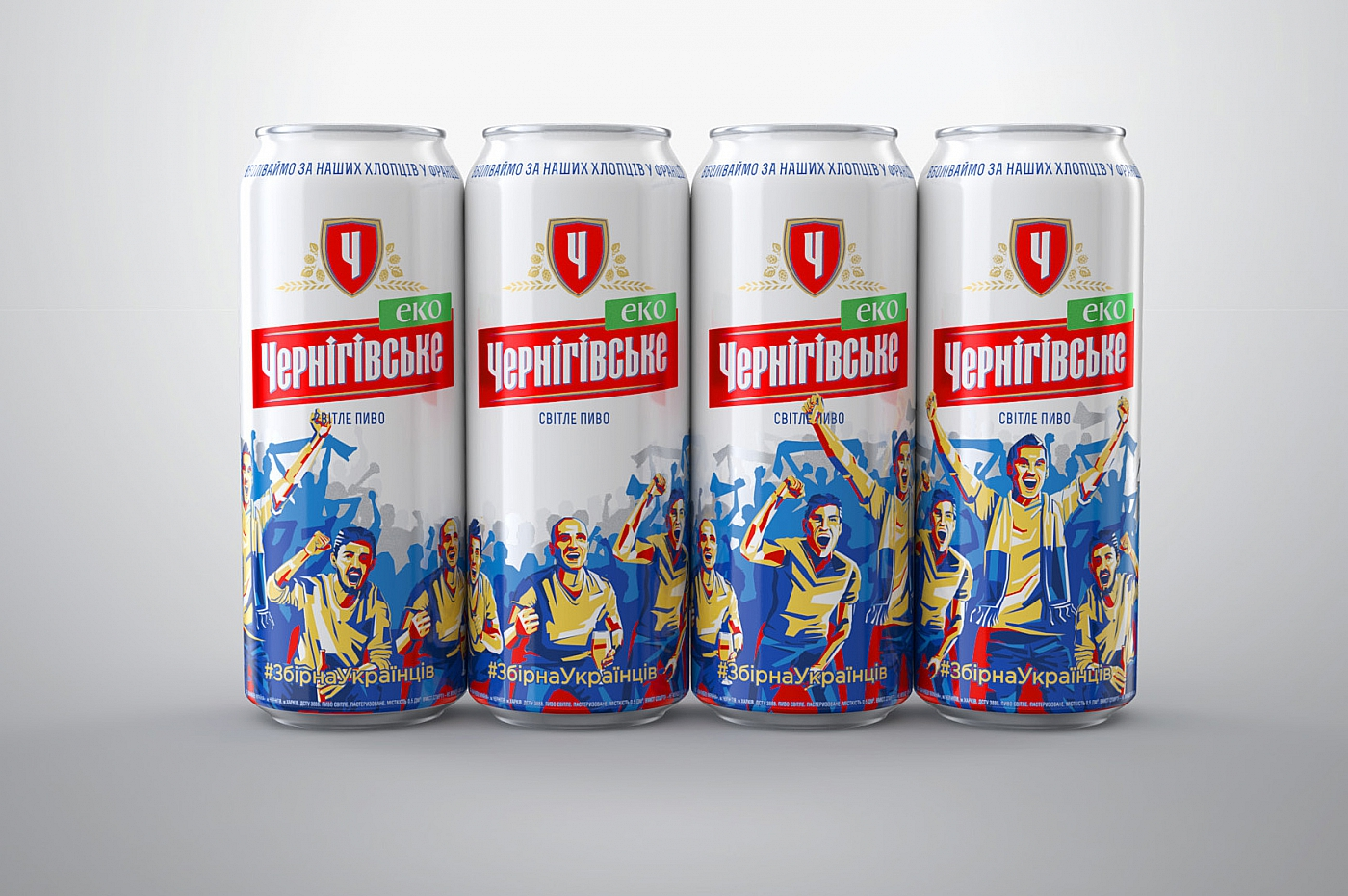 However, the beer-popcorn-movie scheme works just as well. So, on sale there are limited cans and bottles dedicated to cult films. The ultra-limited Narragansett 1975 Jaws were released for the 39th anniversary of the Jaws franchise, echoing the retro designs of the cans that lit up in the frame. Even forty years later, banks have attracted attention – here it is, the power of the classics and cross-promotion.

Another option is beer based on non-standard (or incredibly traditional) recipes. Authenticity itself is in a bottle, you cannot name it otherwise. The Field Museum, in collaboration with Off Color Brewing, has released a limited edition of a low-alcohol drink based on a replicated recipe from thousands of years ago. To create the beer, the remains of liquid from two ceramic containers found in a Chinese tomb were carefully studied. 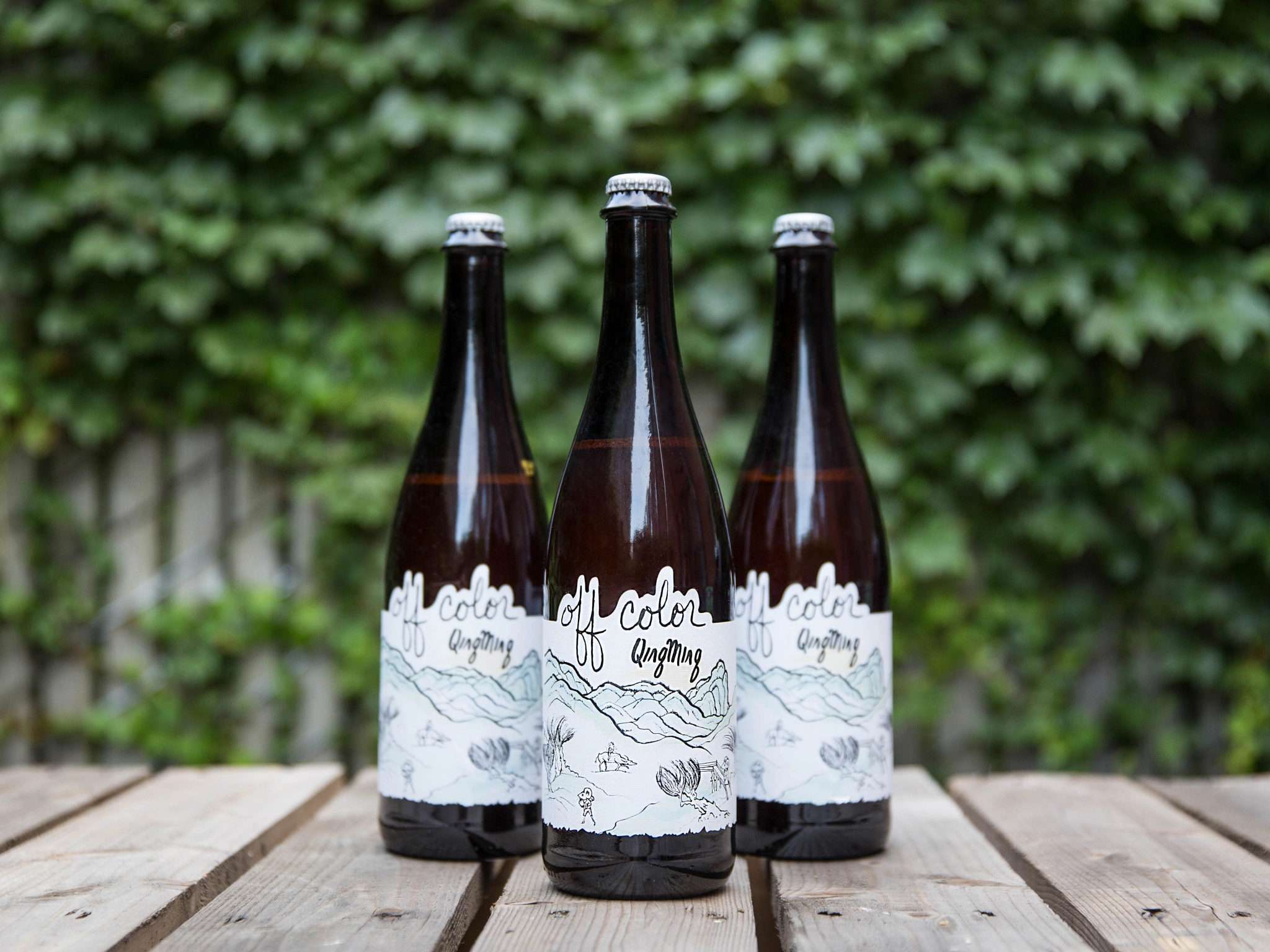 QingMing has received a cute design with a reference to traditional Chinese art and … incredible consumer interest.

Another way to attract public attention is to combine rarity and illegality. The forbidden fruit is sweet, and with a competent presentation will seduce even those who do not like alcohol too much, but are crazy about all kinds of curiosities. 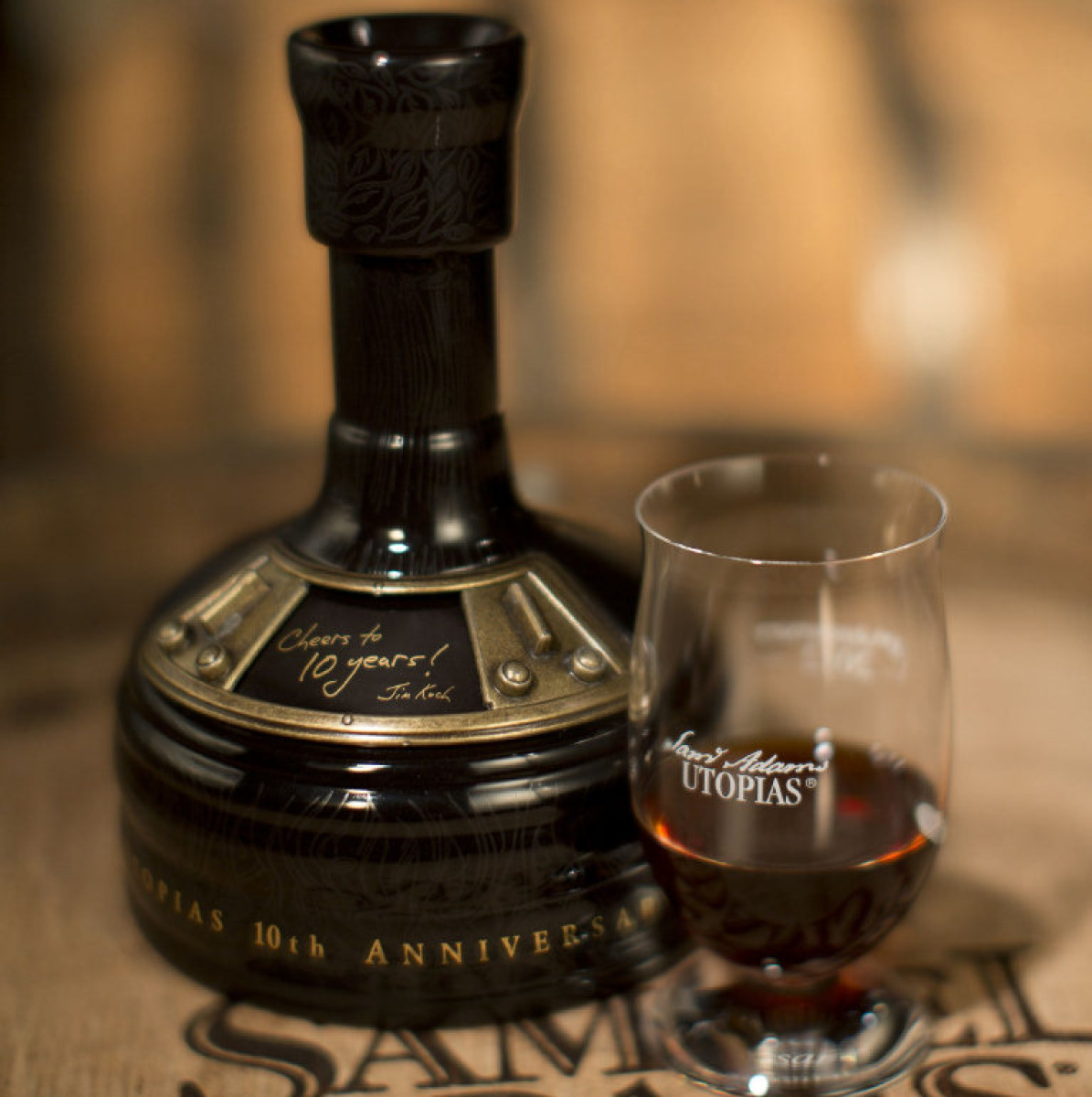 The Boston Beer Company produces 13,000 bottles of Utopias every two years is a $ 200 beer banned in fifteen states. For greater originality, the company uses non-standard bottles, more like cognac

And finally (just because it’s impossible to get around this design) – some crazy incarnations in the development of packaging of the Belgian ale End of History . Each $ 100 bottle was worked by an experienced taxidermist using real road-damaged squirrels.

The series turned out to be very limited: a total of 11 bottles were produced, each of which was accompanied by a unique certificate.

Wine is a noble, ladies’, refined drink. In principle, any adjectives that emphasize elitism are used for this type of alcohol. Especially in the Ukrainian market, where the drink has not gained the popularity it deserves (judging by the statistics of consumption abroad). 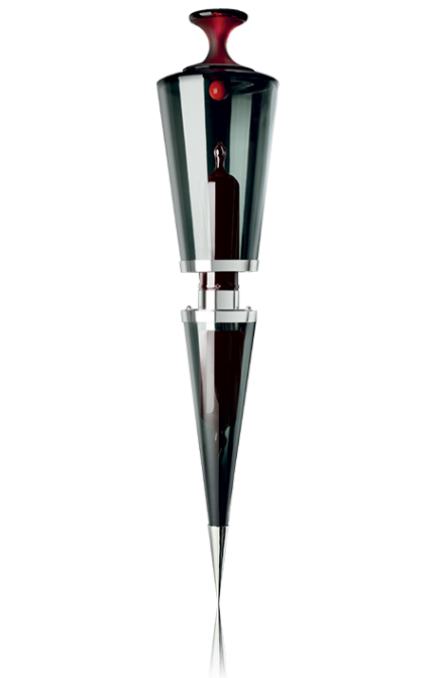 However, even there the drink retains a flair of sophistication – both in its taste and in serving. The design of limited editions of wine combines classics and new graphic techniques in the design of labels, geometric shapes and play on contrasts . The 2012 limited edition Ampoule is worth mentioning as a visual example of a non-standard form and legendary content.

The company’s chief winemaker Peter Gago explained the concept: “Project Ampoule is a provocative statement about the art and science of wine.”

Producers of this noble drink also do not deny themselves the use of popular images. Wine lovers and fans of the popular TV series “Outlander” have the opportunity to order a limited edition Outlander Wine Collection. This is a example of a successful Lot18 / Sony Pictures Television cross-campaign . Includes four bottles with hand-crafted labels depicting characters or bestselling vibes. A total of 2,500 bottles were produced. 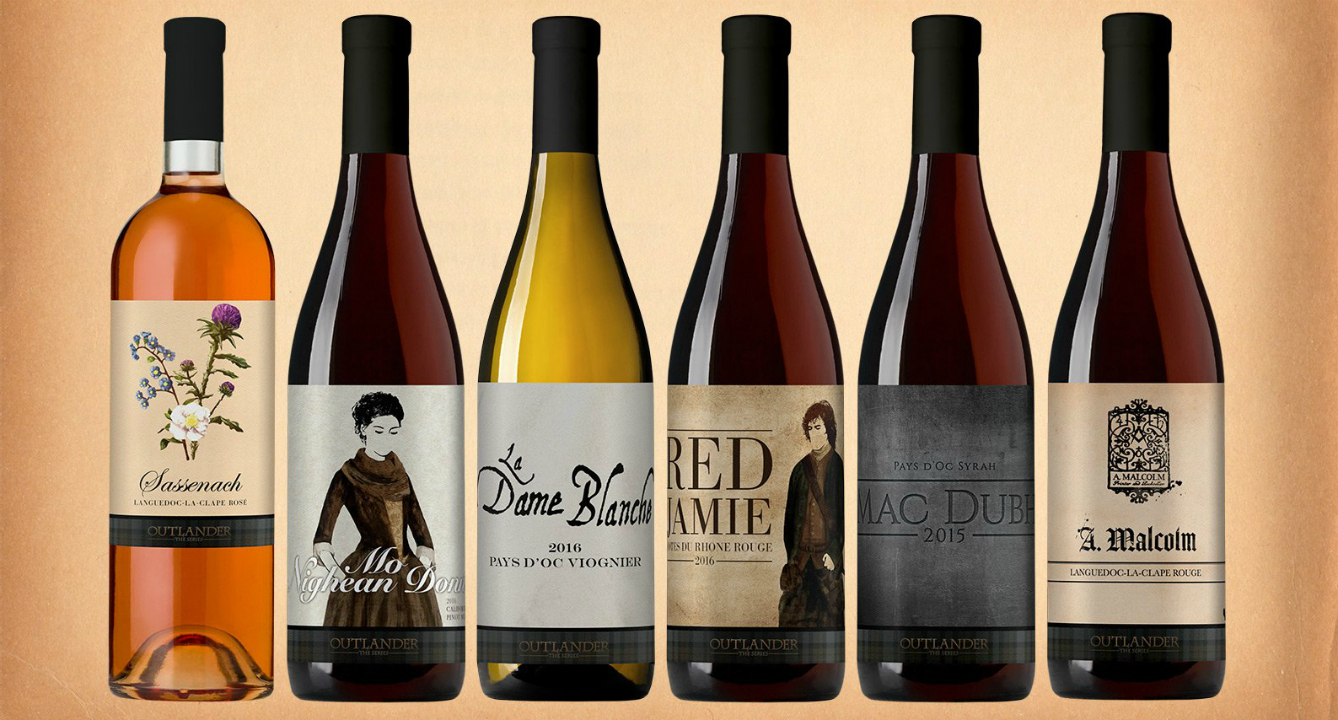 Non-standard color solutions, painting on glass or its imitation are increasingly used in packaging design. Designer bottles are a great and effective option for limited editions. Echo Falls has created a limited edition collection designed by British designer Holly Fulton. 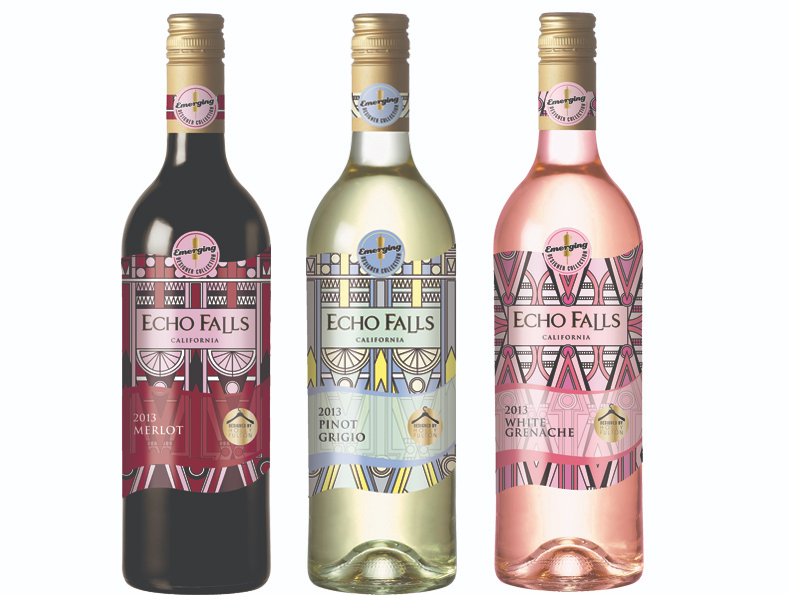 Read more about wine label design in our blog article .

Balancing the emergence of new colors and shades, the limited editions use traditional minimalist color combinations. White-red-black always looks impressive and has no expiration date .

Portuguese Nostalgia is a project that puts emotions rather than wine on the shelves of souvenir shops. The design of the bottles lives up to the name of the series: white graphic silhouettes on a black background convey sensations and experiences that will remind you of your time in Portugal.

Strong alcoholic drinks – those that belong to the liquor category – are also often produced in limited editions and collectible sets, thanks to which manufacturers successfully drive up the price. Strength in this case stands alongside the history of the company, which gives the drink a certain fundamentalness . Although, along with the classic design of bottles, there are also original ones that follow modern trends (which, of course, the specialists of the KOLORO branding agency are aware of.)

Examples include premium mezcal. This is the first installment of the Mezcales de Leyenda series, made from the Montana agave grown in the Sierra Madre Oriental in Tamaulipas, Mexico. The design of the packaging and label is as simple and natural as possible (agave was chosen as a background, from which the drink was made). The shape and crystal clarity of the bottle allows you to see the contents. This is a example of minimalism and naturalness. that sets the limited drink apart from the standard majority.

There are also traditional cultural motives in the design. They allow you to experiment with the shape of the bottle and emphasize the uniqueness of the product , when not only the filling, but also the container itself becomes a “masterpiece”.

One bottle of Clase Azul Ultra is asking for $ 2,000. Tequila is aged for 5 years in sherry barrels and is sold in handmade ceramic decanters. Each

The bottle was created in two weeks and is labeled in 24 carat gold and painted in pure liquid platinum. The number of bottles in a series is 100 pieces.

Some companies, along with the drink (incredibly rare and therefore valuable), also sell history . Old Rip Van Winkle 25 is one of the rarest lots of bourbon. In 1989, only 11 barrels of this drink were produced. It was poured into steel vats in 2014 to stop the aging process.

Today the whiskey is offered in a special glass decanter from Glencairn Crystal Studio. The decanter, in turn, is placed in a wooden box, the lid of which is made from the same barrels where the bourbon was aged .

Dekanta, a Japanese supplier of old and rare bottles, offers a raffle: 150 randomly selected winners can purchase a special edition of Cities of Japan 35 Years Old Whiskey. The symbols of the largest cities in Japan are painted on the surface, and the bottle itself is executed in traditional Japanese minimalism. Red, black and nothing more.

Along with the “antiquity”, quite modern limited editions are also sold remarkably well. The design is usually strict, laconic, geometrically correct.

How to find the best solution for your limit

The design of limited edition alcohol packaging is a delicate matter that takes into account a lot of factors: target audience, geography, competition, emerging trends. When it comes to original presentation, it is important to create a shape and choose a color worthy of a unique, virtually hard-to-find offer. By contacting the KOLORO branding agency, you will at once solve all the questions that arise and get the result you expect . Our professionals know how to convey emotion, inspire confidence or spark interest with volumes and shades. Something like magic, but it is something that is most often needed.