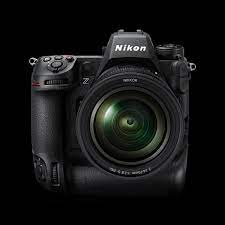 No Comments on Nikon Z9 camera, competitive and innovative mirrorlessPosted in Photograhy By ReidPosted on 2021-10-292022-01-18

For the last quarter of this year 2021 the launch of the new Nikon Z9 camera has finally been announced after a successful campaign of intrigue or teasers. The manufacturer is committed to this latest generation of cameras that leads the catalog of mirrorless or the first full-format mirrorless camera, aimed at photography professionals and which promises to outperform other camera manufacturers . Find out below its other interesting specifications and what makes it consider it compared to the competition.

A breakthrough for professional photography.

Between hype and cymbals, the Nikon house bets on its most recent model, announcing itself as “its most advanced flagship camera in history” and where it has progressed greatly in the area because she represents an “important step for both Nikon and professional photography.” With this latest generation camera, Nikon has revolutionized the market and enters the competition against other brands such as Sony or Canon. This was announced by Nikon when it stated that “The Z9 is the most advanced camera we have ever made. It is far above everything else out there. Few cameras have the ability to change the ‘rules of the game’ and this is one of them. ” Such a statement directly touches the competition with models like the Canon EOS R3, Sony A1 and Sony A9 II. Faced with this very encouraging outlook for the advances in professional photography, we delve into its specifications.

There are several characteristics that make this new model a team to consider for all the innovation it encompasses. Nikon advertises it as “extraordinary performance” with an AF system of 493 points with 405 of them automatic zone and with ten AF zone modes, being advantageous for the user the coupling of its configuration for all types of work, in addition to a follow-up 3D.

Among the novelties is the incorporation of artificial intelligence Deep Learning mode, simultaneous and advanced detection of up to 9 different types of different subjects in 3D tracking. This means that “it helps to capture every important moment. The Z9 understands what is being photographed, be it people and their characteristics or animals and vehicles, and reacts instantly to changes in position, orientation or speed of the subject. ” This feature is totally innovative within the Nikon mirrorless ranges, an amazing experience for capturing moving subjects.

Another feature that Nikon plays a winner is the video format. The model features high power and the ability to record 8K 24p to 60p and 4K 24p to 120p full-format video with built-in timelapse. It stretches 8K video footage to 30p in a span of 125 minutes at a time, considered a feat among mirrorless cameras. It features support for the ProRes 422 HQ recording format, as well as Nikon’s N-RAW for compressing files, and promises an early upgrade with ultra-smooth 60p 8K RAW video recording.

Most photos in a burst.

Another of its much-touted specs in the campaign is in regards to burst shooting. It will shoot up to 120 fps but in JPGE, cropping the image leaving the photos at 11 MP, although with full AF / AE capability in the new C + mode. Therefore, the real burst will be 20 fps, a good amount to tell the truth and with the possibility of capturing in a RAW format up to 1000 photos in one burst. Similarly, the manufacturer predicts “the fastest scanning speed in the world that practically eliminates rolling shutter distortion, to such an extent that the mechanical shutter has disappeared.” For this, Nikon had a very bright viewfinder screen without blocking, with direct shots without turning off by dual transmission technology and that will allow the user not to miss any moment of the photographed scene. 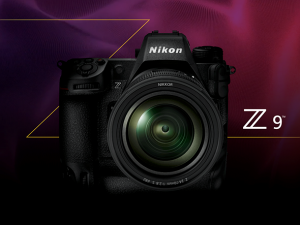 Flexibility in framing and ergonomic design

The body of the camera and the folding of the screen will allow the photographer to adapt to the scene with flexibility in the framing, because it has 4 axes that give it the versatility of folding vertically and horizontally. Its design is completely ergonomic and the button layout has been perfected following the recommendations of professional photographers. This has given the camera a plus in the novel design in addition to its resistance and solidity to ensure the taking of graphics in demanding situations. Nikon highlights the new AF mode button that allows you to “switch the AF mode and AF-area mode during shooting through the viewfinder, while the top and rear LCD control panels and main buttons light up when you swipe across. the main switch to easily change the darkness settings. ”

The compact body of the equipment is summarized in measures of 149 x 149.5 x 90.5 mm and a weight of 1,169 grams without card and battery. Despite being smaller than the previous Nikon model it ensures a good grip for both horizontal and vertical shooting. The Nikon Z9 camera could be thought to be ideal for motion photography such as action, sports and reportage, but nevertheless, it can cover a wide spectrum of users and topics such as fashion and advertising, as these are highly creative. so it demands high resolution images. Also for the production of videos that seek quality in dynamic, efficient and punctual locations.

Along with the Nikon Z9 camera, the manufacturer offers a suitable accessory such as the new Nikkor Z100-400 mm f / 4.5-5.6 VR lens, which due to its versatility, brightness and sharpness, offers fast, precise and quiet focusing when capturing moving subjects, as well as a minimum focusing distance of only 75/98 cm at its minimum and maximum focal lengths.

For all these attributes, judge yourself when deciding on a Nikon Z9 camera, quite an experience.