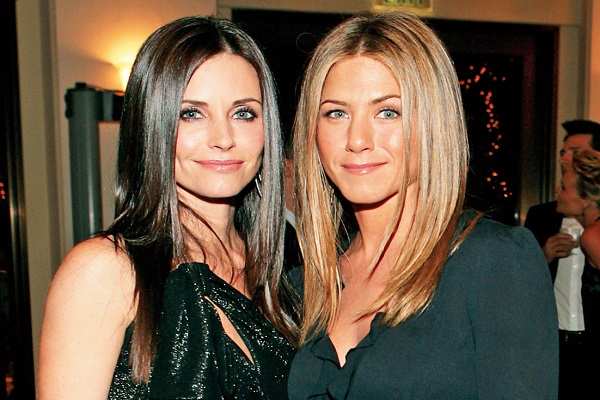 Friends Reunion: on the occasion of the return of the series, we analyze the style of Monica Geller

Monica was the first to understand that knitwear can be both comfortable and stylish, how important it is to have a pair of jeans with the perfect fit and how to add the desired accent to the image with the help of bright colors.

It is generally accepted that fashion and cinema, as two halves, are inextricably linked, and cannot exist without each other. This statement is proved by the fact that when it comes to the selection of fashionable looks, we often draw inspiration from films and TV shows.

In the era of the 90s and 2000s, which are now confidently settled at the top of fashion trends, many women of fashion looked up to the female characters of the Friends series, which from the first episode became an absolute hit with absolutely crazy TV ratings. Although many years have passed since the end of “Friends”, fans did not give up hope, and all this time they were eagerly awaiting the return of the legendary six to the screens.

Last year, HBO made a surprise for all fans of this legendary sitcom and announced the reunion of Friends in the original caste.

The pandemic has slightly disrupted the plans of the show’s producers, and the announcement of the premiere date for the new episode has been postponed indefinitely. But on May 27, we again plunged into a familiar story. Among the “tricks” of the “Friends” series, the style of the main characters is often called, but, for some reason, almost always, only Rachel is singled out, and Monica is undeservedly left without due attention. We decided to fix this, and tell you exactly about the style of Monica Geller, who often appeared in the series in memorable looks:

The perfect pair of jeans, as a timeless trend

From year to year, fashionable stylists tell us that in the closet there must always be that perfect pair of jeans that will seem to be sewn on you, that is, it will emphasize all the advantages of the figure and hide the flaws, if any.

Monica Geller seems to have followed this rule. Bows, the main component of which were a pair of mom jeans, appeared more often than usual.

The heroine combined that very ideal base for a wardrobe, usually in the same way as modern women of fashion do it now: with white shirts of a straight cut, most often oversized, polo shirts or tops. As shoes, sneakers, loafers, sandals with a square cape were selected for the image – in general, everything is the same that we love so much now. 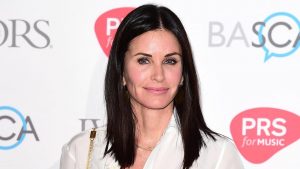 Everyone who has watched Friends knows that Monica Geller was once a plump and had in completely different forms. According to the plot, she lost a lot of weight and, along with this, of course, changed her wardrobe.

Most likely, it was after losing weight that Monica began to feel more confident and so fell in love with the length of the mini. In the series, she can very often be seen in various skirts and dresses: they differed in style and color, but the vast majority of them were short (at least in the first seasons of the sitcom).

Admittedly, with the advent of masculinity and oversized clothing, it seemed to us all that the length of the mini went into oblivion and, most likely, forever. Those beliefs crashed like waves on rocks when fashion giant Saint Laurent unveiled a fashion collection this season, most of which were extremely short dresses and micro shorts.

Depending on the occasion, Monica combines mini-length dresses and skirts either with loafers or with white sneakers, to which she adds a string bag (another modern trend). We can argue that these images would still be a street style hit and would drive many fashionistas crazy.

Bright accent colorsFans of the series may have noticed that Monica Geller often chose bright things that became the “highlight” of the whole image. Her favorite color was most likely red. Despite the fact that the heroine of the legendary sitcom usually dressed in casual style, she could often be seen in a bright red top or dress. It was Monica Geller who taught us to wear bright clothes and add a touch of sexuality even to simple images, thereby making them interesting and original.

The boom in knitted sets occurred during the quarantine, when we were all sitting at home – there was nowhere to dress up, but we wanted to look pretty even in the circumstances that have arisen.

Since you are not particularly like at home in a cocktail dress or leather pants, modern women of fashion found an ideal alternative for themselves, namely, knitted sets that were both stylish and comfortable, you can sit in them beautifully at home and go out no less effectively …

If someone thought that knitted sets appeared only now, then he is deeply mistaken, and Monica Geller, who was already walking similar images back in the distant 90s, can prove this to us.

Knitted sets of a crop top and a cardigan in delicate shades created unusually successful and stylish ensembles with jeans or loose-fitting trousers.

A satin dress, along with straight jeans and a white T-shirt, is now part of the ideal basic wardrobe. Not everyone knows, but just like many other trends, it came to us from the 90s.

Monica Geller was one of the first to wear satin dresses on dates, walks, evening events, and even chose an outfit from this material for her wedding with Chandler Bing (which all fans of “Friends” have been waiting for).

In addition to the look, she often chose sandals with thin straps, which now took off to the first lines of fashion trends, a compact stylish clutch, and got along with a minimal amount of laconic jewelry.