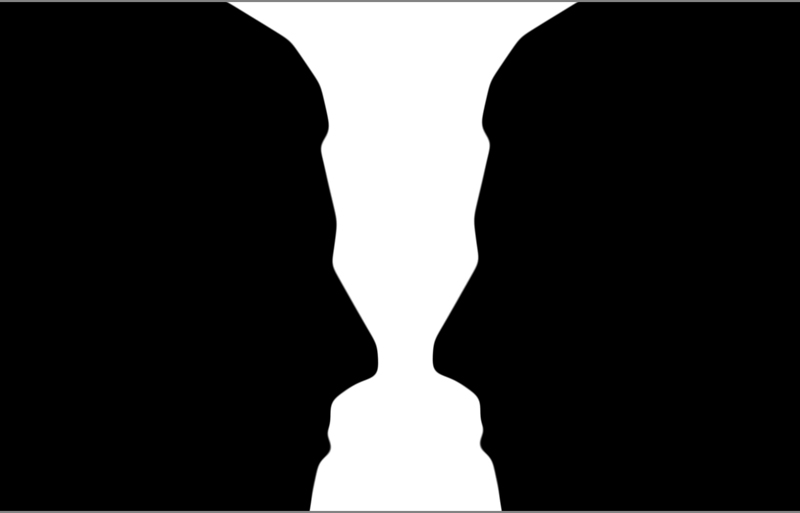 Optical illusions play an important role in image creation and visual body shaping. Understanding that color, shape, texture and lines will help us perceive a silhouette in a different way gives us an edge in composing an image. One of the many optical illusions is created by lines in clothes.

Let’s see what they are:

Vertical lines are your magic bullet if you want to appear taller. But this only applies to girls whose figure does not have pronounced curves. Girls with curvaceous shapes should be wary of wide and contrasting lines, as they tend to visually expand the shape and emphasize the volume, and this is of no use to us.

Properties possessed by the vertical:

The most common use of vertical is unbuttoned top layer of clothing. Vertical contrasting stitches, buttons, arrows on the pants, zippers, neckline – all this also applies to verticals and will easily help you adjust your figure.

If in the case of verticals everything is clear and obvious, then horizontal lines are not as friendly as their predecessors. I mean, these lines expand, but as it turns out, this is not always a bad thing. By visually expanding a certain area, you can coolly correct some of the parts of the figure. The most important rule when working with horizontals is to monitor the proportions so as not to “cut” the silhouette, not to place it on the widest parts of the body.

Straight lines are clarity, brevity, stability, activity, speed of decision making. Images with straight lines are suitable for people of status positions, for dominance, high competence, authoritarian personalities. If you want the image to correspond to the above properties, refer to these lines.

This is a cross between vertical and horizontal. We all know such lines – this is asymmetry, a cut on the wrap, all kinds of asymmetrical cutouts, various contrasting seams along the diagonal. Even a tied scarf or scarf, a shoulder bag can both bring some dynamics to the image and visually incorrectly place accents. completely different effect. They, just like verticals, are capable of slimming, adding rhythm, and making an image more interesting. Diagonal lines are perfect for girls with large hips and for lower body types.

Modern or Art Nouveau, decorative arts and architecture accentuating curved lines. The style that emerged in the 1890s in Europe and North America acted as a reflex to stylistic eclecticism, and in France, a significant role was played by social anxiety associated with the image of the so-called “new woman”.

Nowadays, curved lines are found in the form of ruffles, shuttlecocks, drawings on fabric, which in skillful hands perfectly cope with the function of body shaping. If straight lines are about conciseness and severity, then curved, on the contrary, make the image lighter and more airy, personify us with inconstancy, frivolity, movement. At the same time, do not forget that such lines often increase the volume, and you should not use them in problem areas that require correction.

Masking with a background

A fairly widespread and common illusion. It is about replacing the unwanted shape of the figure with another and visually changing some parts of the figure.

The illusion of an open contour or the so-called Bourdon illusion .

Its value lies in the fact that all things with uneven, torn, asymmetrical edges are perfectly slim, and a figure whose contour is not closed looks more than a similar figure with a closed contour.

In fact, this is only a small part of the visual correction and optical illusions that stylists use in their practice.

Stylish solutions and interesting images for you!

Visual illusions or how to correct the silhouette!