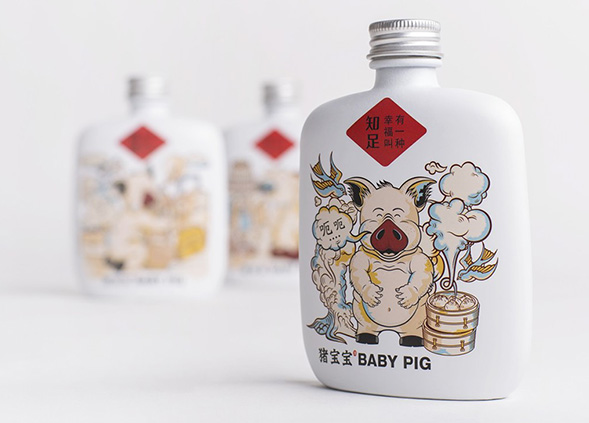 Looking at good packaging, we feel the taste and aroma of the product . We want to become the owner of beautiful shapes, along which a tear of coolness runs, there will be a desire to try a drink from a bright and attractive bottle. Modern packaging for vodka products should be just like that.

The biggest lovers of alcoholic beverages are Moldovans.

The cyclical nature of trends resembles the saying: “New is well forgotten old.” Even if new is a scarce product of the last season.

The success of packaging design lies in its simplification and highlighting only key information . The modern designer is assigned the role of an essentialist who can attract the interest of a potential buyer to the desired brand.

But in simplicity there should be not only dry information, but also a zest that will pick up the consumer and will not let go. Let’s consider the main trends vodka packaging .

The most popular vodka in 2016 was the following Ukrainian vodka

Design innovations of the Ukrainian market

The original appearance grabs attention and piques interest. Therefore, the main thing is appearance bottles . If the manufacturer has spent money on high-quality packaging – inside is a good product Appearance is the shape of the bottle, the figure of the cap , stickers.

A bottle of vodka ” Kozatska Rada” Premium ” in its entire appearance emphasizes not only premium quality, but also the main values ​​of the brand. The minimalism of the labels on the tall bottle with the medallion of the Cossack rider made of alloy with gold is made in line with the design trends of the season.

Mint Bottle THA (left) is simple in design, with a vertical green stripe and a mint leaf painted on the lid, which can be used as a stack.

An important element of success is customer confidence. An ingenious way to create eye-catching, catchy product packaging is a charming character, like the Chinese vodka label ” Baby Pig (right). 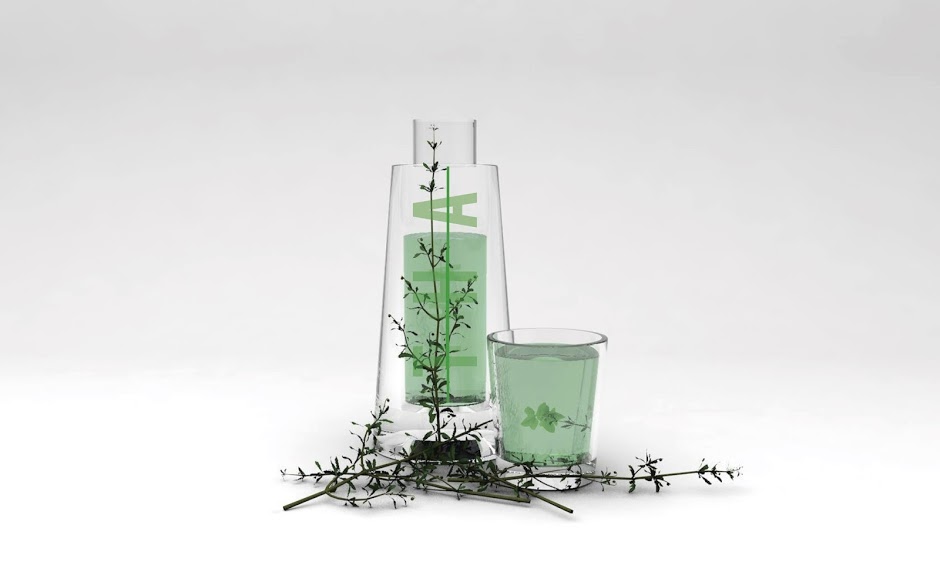 Vodka brand Van Gogh Vodka introduced new labels (left). They consist, as it were, of two parts: a white and black “window” with the name of the line, and under it – an element made in the style of Van Gogh’s painting “Starry Night”, 1889

Riding a wave of euphoria in US political life, vodka producer Absolut (right) contributed to interesting labels featuring famous politicians because they have become part of modern culture. 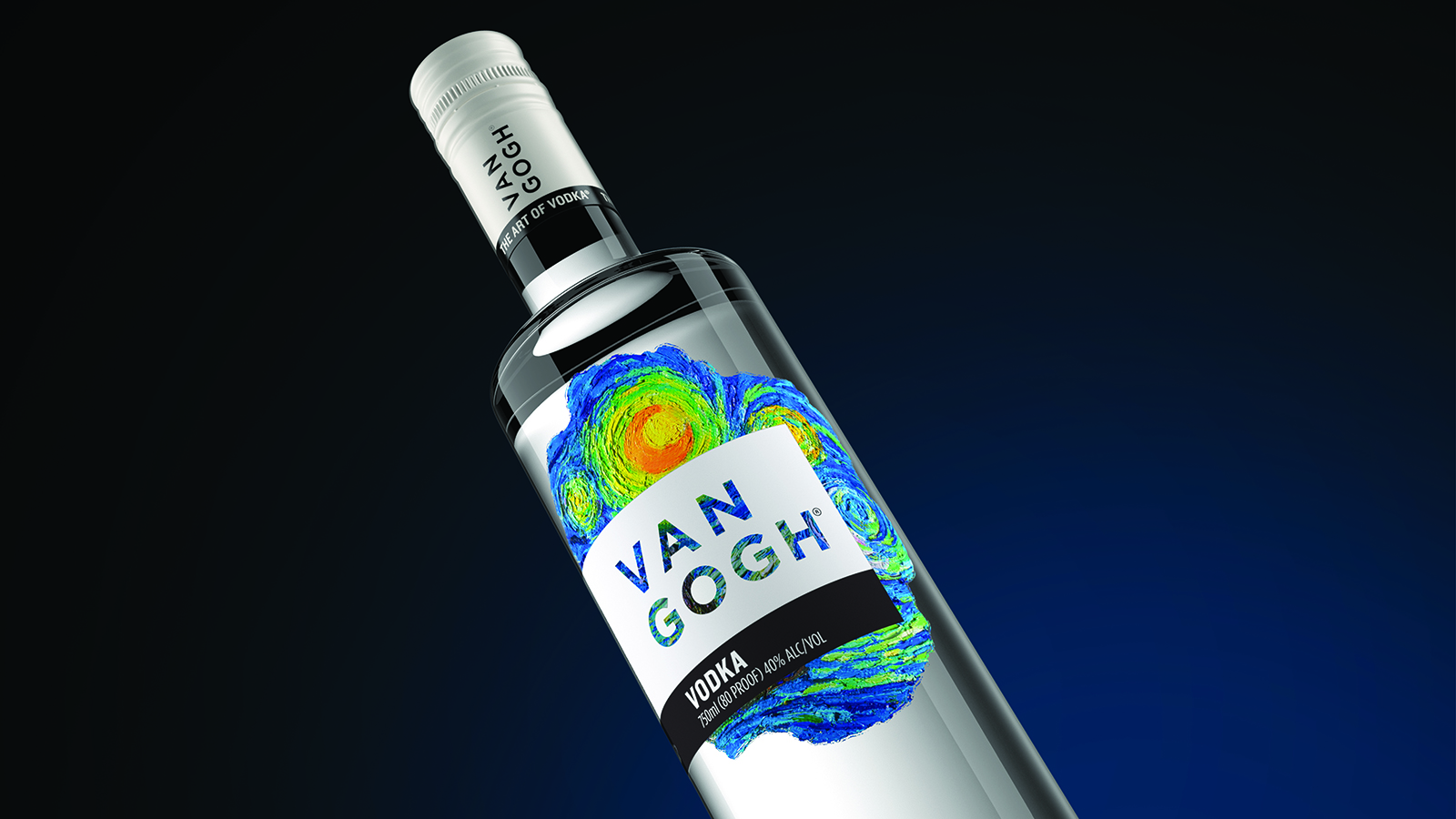 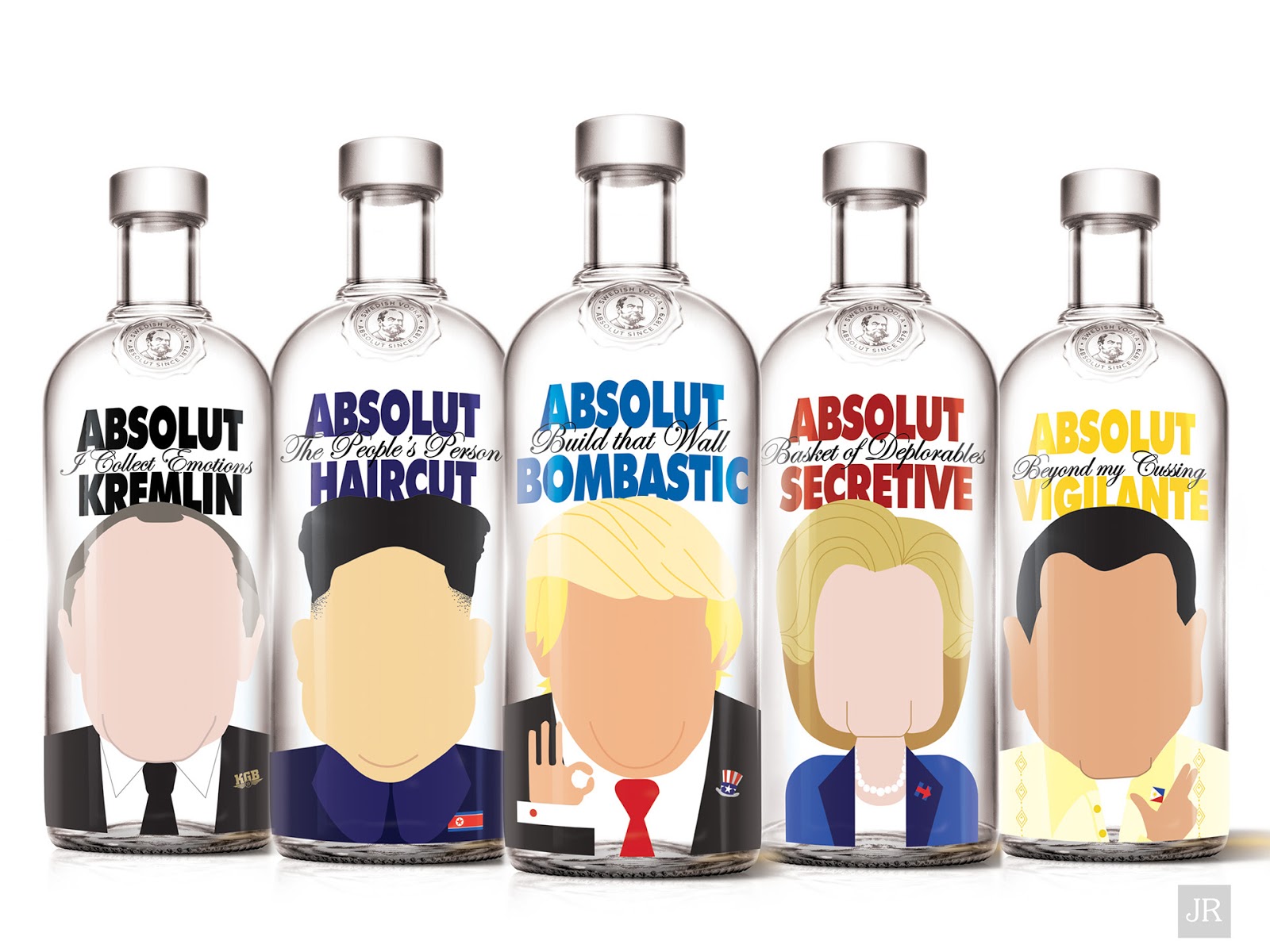 The new face label of Hungarian vodka Keglevich (right) grabs attention with its design. The vodka with the fruity taste of Keglevich Fusion has also changed: the effect of the absence of a label is combined with a watercolor two-headed eagle. 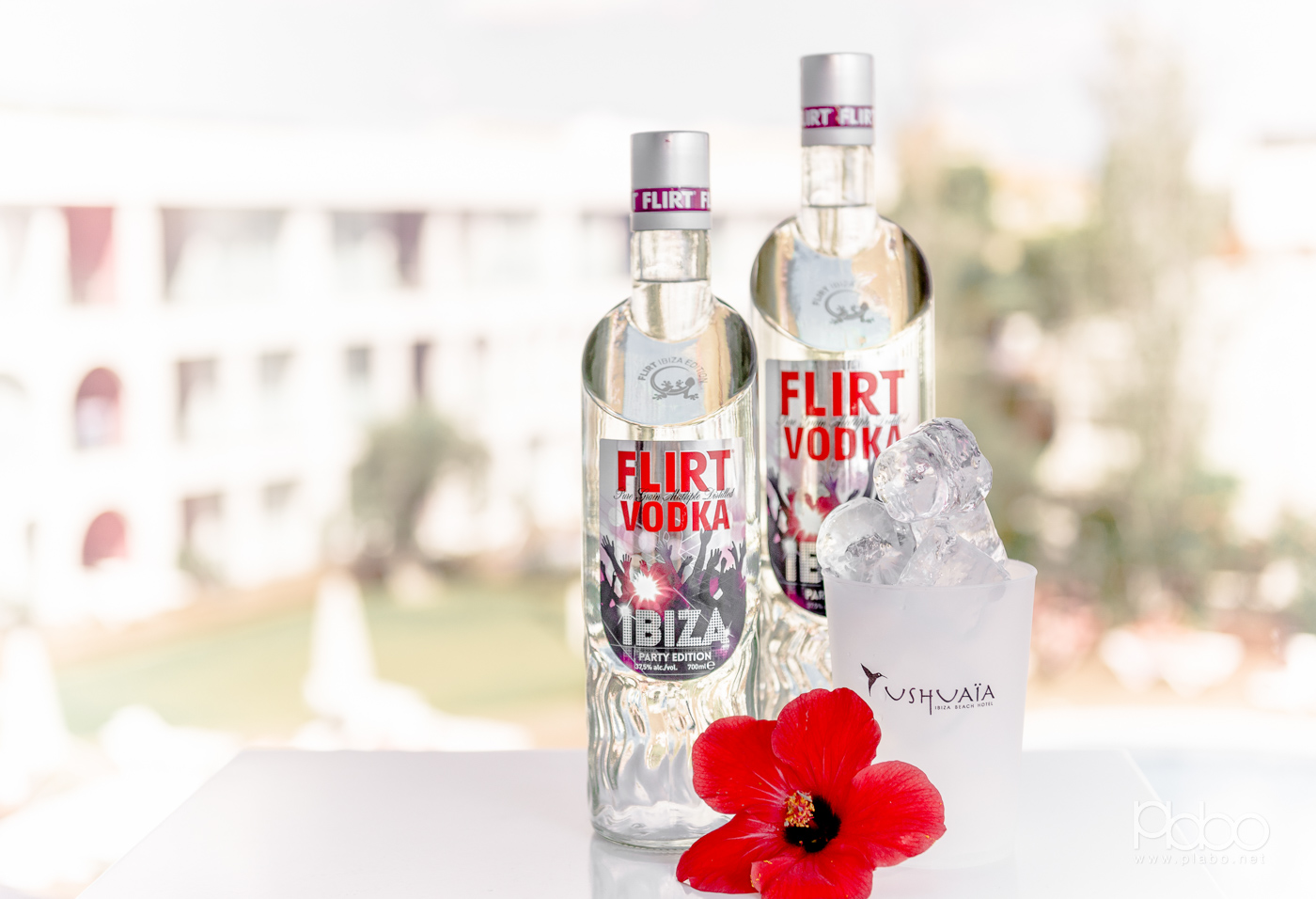 A silhouette of a wolf against the background of a large moon displaced by gold, an uneven edge of the label, several plans of a winter forest – a new image of winter vodka Volk (left) from a matte bottle.

Vodka ” Taiga ” (right) is represented by four different recipes from exclusively natural ingredients of Mongolia. For a harsh winter – warming, for a blossoming spring – invigorating, for a hot summer – refreshing, for autumn – rich and relaxing. 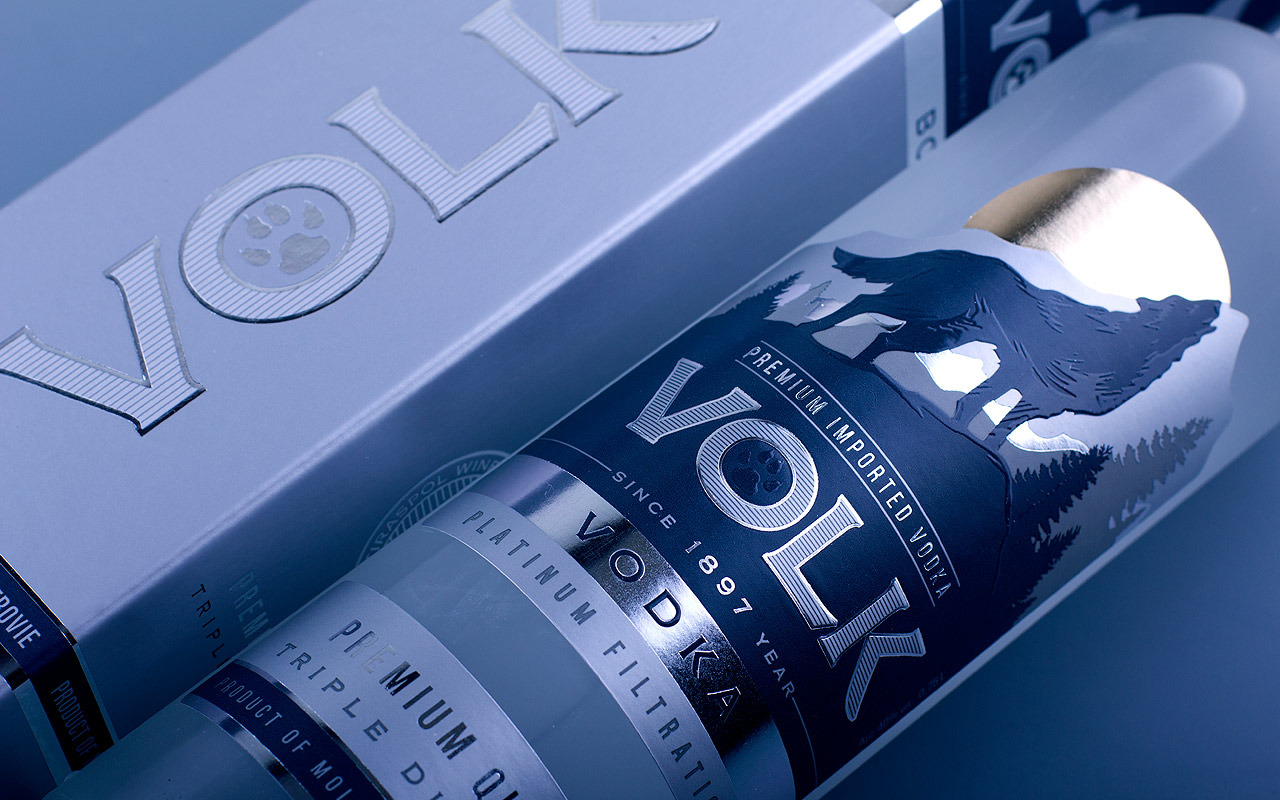 ” Abkhazian ” (left) vodka captivates with a simple label design with notes of nostalgia. The irregular shapes and silvery shine of the lines evoke nostalgia.

Storytelling is the main trend of Gosudarev Zakaz vodka (right). A large amount of gold and monograms, as well as a crown, draw attention to themselves, increasing the value of economy-class vodka.

The elegant shape of the smoked glass bottle emphasizes the premium quality of the product. Typography blocks highlight the quality of the vodka Alpha line (left) .

Vodka ” Russian Standard Original ” (on the right) is keeping pace with the times. In 2016, the company released a series of gifts with themed design for the Day of the City of St. Petersburg. And in 2017, a gift series “Pavlovsky Posad” appeared, inspired by hand-painted scarves.

Stumbras (left) in honor of the 110th anniversary of the brand has released a new series with 110 different designs of bottle labels. Latvian fields and meadows are depicted in a modest Baltic style.

Russian vodka “ Five lakes ”(right) has been restyled using a one-piece thermo-sleeve label. The boatman, well known to the consumers of this product, invariably floats on the surface of the taiga lake.

Naturalness and environmental friendliness of vodka Eden underlines the brand symbol – a deer, carefully drawn on the label.

Simple and original design of the product ” White pouring ” immediately interests. Moreover, the transparent filling is moonshine from apples. But this author’s creation by Denis Kalinin was not created for sale.

The feminine shape of the bottle, the shape of the neck or base, and the geometry of the label all need to be evaluated. In this case, the palm is awarded not only to the most beautiful, but also to the best of the best.

According to Ukrainian Zirka Packaging 2016 vodka had the best bottle “ Myakush “.

The winner of the best label was ” Kozatska is glad ” (left).

The award for the best packaging design went to vodka ” Lvoff ” (right).

Ukrainian design is very best of evaluates design novelties of the entire food and non-food market. For the best logo the award was given to ” Karpatska Gorіlchana Company “.

Vodka found an original approach to label creation STOLICHNAYA (left), announcing the “Create your capital” competition. The winner was the label with the image of Bohdan Khmelnytsky.

In the USA, according to the results of the international tasting competition Beverly Hills International Spirits Awards 2016 Ukrainian Medoff Classic (right) was awarded the highest award of the competition – Double Gold Medal .

According to the results of the competition ” ProdExpoPack-2016″ , Chinggis Gold Limited Edition (left ) for a bottle of premium spirits.

Specialized Competition World Vodka Awards every year evaluates not only the taste, but also the appearance of the product. Based on ratings from both categories, the judges choose the best of the best.

At the stage of taste assessment, the judges of the competition are leading journalists, beverage traders, bartenders, mixologists and hoteliers.

At the second stage, design experts evaluate the presented product and select the winners. They are awarded medals and transferred to the next round, where the best of the best is determined.

When choosing the best design, the judges evaluate the quality of the design, innovative use of materials and production methods. All entries in each category are judged by all judges according to clearly defined criteria:

Most of the winners had a simple design, no frills, just the brand name.

Irish has become the winner of the World Wodka Awards 2016 Dingle vodka (left) , combining geometry of shapes, simplicity of design and brightness of color.

The award for the best Standard design went to the American Emory vodka (left) . Polish Vodka Poniatowski (right) is the best owner of the Premium design.

The most expensive vodka: Quality height

There are 2 ways to increase the price of vodka. First: to develop an original cleaning method. The second one is to place the “forty-degree” one in designer containers. But the high cost doesn’t make the vodka popular.

Russo-Baltique (right) . SUV made of gold Dartz Prombron, you need to buy vodka for 1 million € . The alcohol is placed in a 30 cm glass container with a gold stopper.

Diva (left) is made from spring water, refined with ice, birch charcoal, diamond powder, and precious stones lie at the bottom – all this for $ 1 million.

Russo-Baltique 2 (on the right) costs more than 700 thousand $ thanks to the bottle: 9 kilograms of gold of the highest standard, buying which you get a bonus – a jeep.

Belver Bears (left) costs less than 8 thousand $ . The glass bear is highlighted in blue – an original creation by Polish designers.

Lordanov – almost 4.5 thousand $ . The best wheat and spring water are used in the production. The thick glass bottle is decorated with crystals from Swarovski.