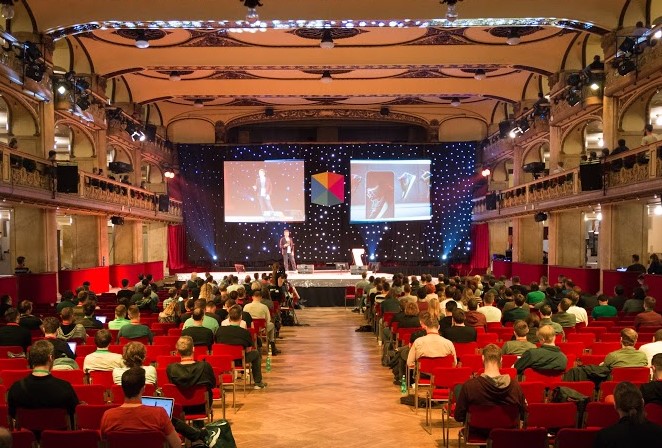 We bring you a summary of the most interesting lectures from WebExpo 2017. You will read about trends in current web design, gaining loyal clients and the future of smart technologies. Videos and presentations are also available.

How to wrap a product in a compelling story

Graham McDonnell from New York’s T Brand studio recalled basic storytelling principles , which he said most online content ignores. But if we can’t attract users and draw them into the story of our product, we lose it right at the beginning. McDonnell therefore recommends the following procedure: 1. introduce the main theme / protagonist (exposure), 2. point to the problem (plot), 3. reveal the result (unraveling). But first, make up a story. Only then think about how to tell it to the users. There are countless possibilities: from text to photos, illustrations to video. As a good example, McDonnell an animated video of a Spanish lottery company.

We know the answer. What was the question?

Designer Erika Hall from Mule Studio questioned the importance of data for design . A better solution that you only advocate with numbers will not be as convincing as leaning it on a story. People have always been set up to agree with something that matches their experience. Therefore, it is important that the proposed solution fits into the thinking of users. “Data doesn’t matter in itself. They will tell you what is happening, but not WHY it is happening, ”says Erika Hall. According to her, we can get the answer better with qualitative methods. The key, however, is the question we want to know the answer to. It must be specific, practical and actionable . In the final discussion, Erika Hall pointed out the pitfalls of excessive empathy. You may identify with an individual user issue to the extent that you miss a broader issue that is far more important to resolve.

Do you want loyal customers? Don’t be too hrr.

Business Consultant Scott Gould is not a supporter of quick romances. “If you want really loyal customers, you have to build a relationship with them gradually,” he says. This is the only way you can create a meaningful onboarding process . Its phase is described by Gould as follows: 1. The customer notices your brand, 2. Examines more information, 3 Performs an action, ie. buys. In the first three phases, you need to offer customers reasons to get started with your brand. Then it’s time to build a relationship that goes like this: 4. Identifying with the brand, 5. Linking (your brand becomes an integral part of the customer’s life). And once the “hand in the sleeve” comes, phase 6 comes. Personal engagement, where the customer becomes a rock supporter. Concluding remarks: “If your brand does not have a clear identity, customers have nothing to identify with,” Gould told WebExpo 2017. 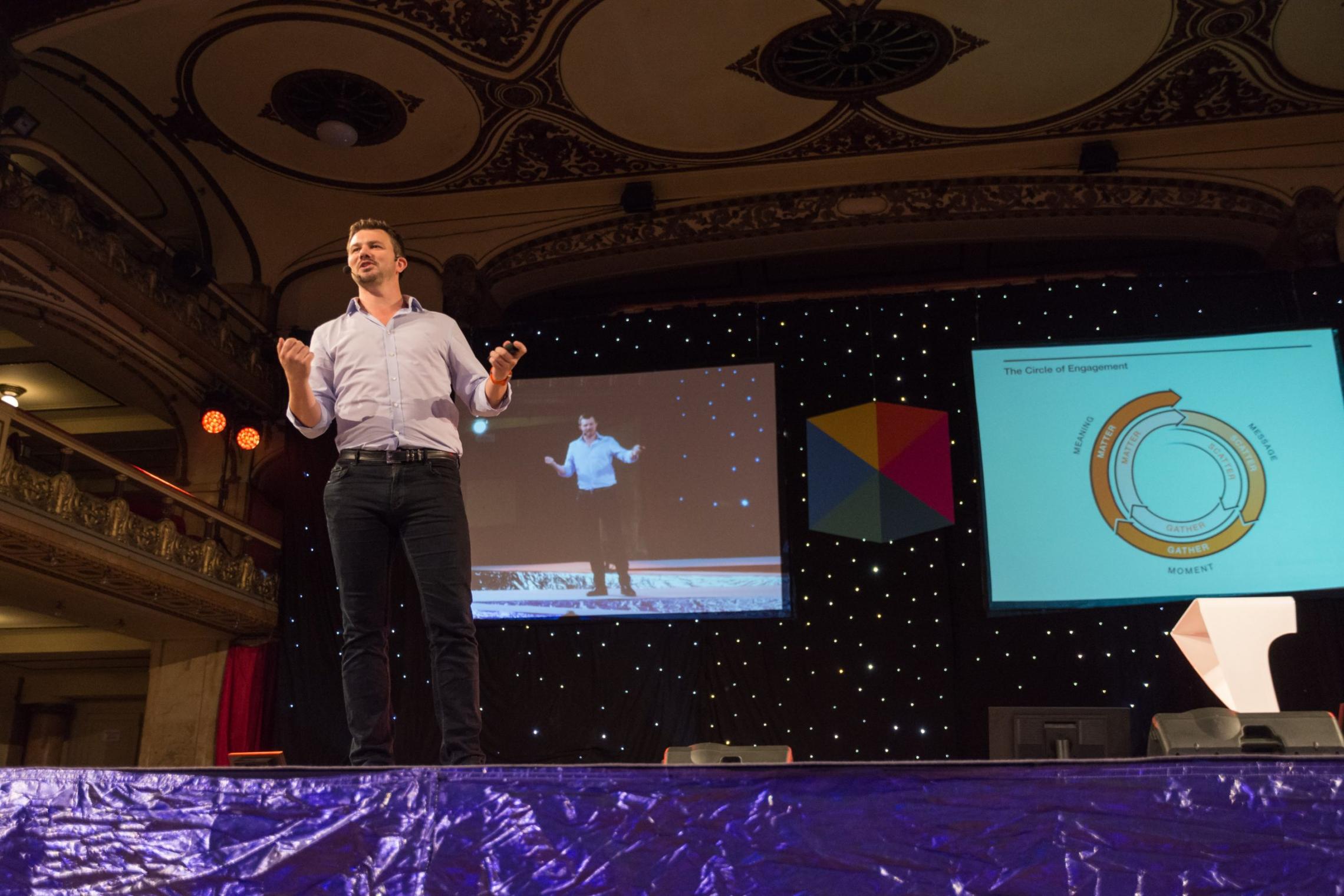 Black Sheep Strategy or How to Stand Out

Web Designer Mike Kus showed the way to create distinctive websites in the era of template sites “Don’t look for your style in the designs of other designers, start from the story of your client,” he recommended. He summed up his way of working in three steps : 1. talk to the client, ask about his product, mission, values ​​and goals. Trace a common thread in them. Follow up in step 2 and distill the mini-story, a simple sentence that summarizes the essence of the story and guides you to a unifying theme. Get out of the story while sketching. At this stage, it is ideal to involve a copywriter as well. Step 3 is characterization, finding the right communication tone to make it easier to reach your target audience. 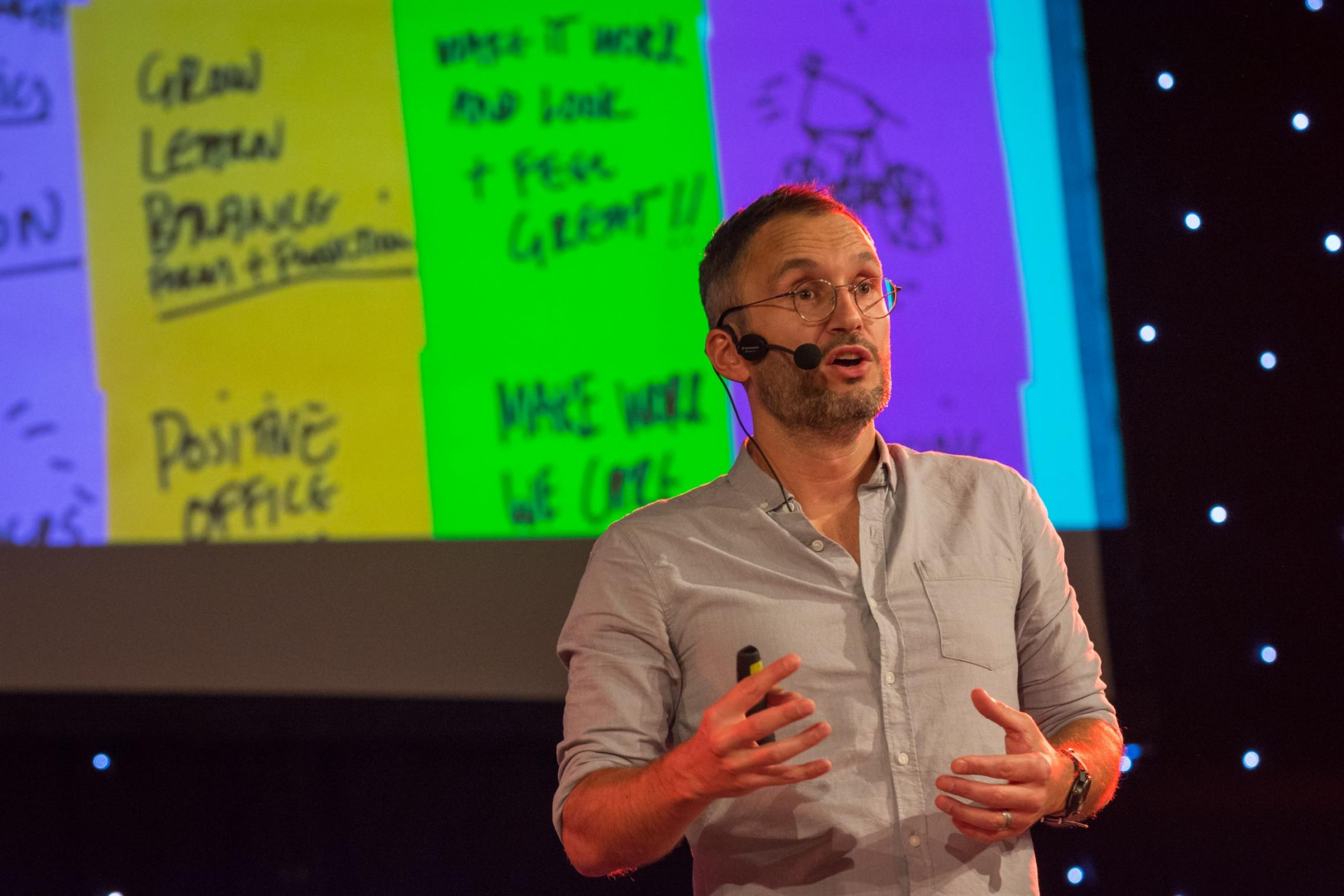 Take clients as suitors – don’t go with everyone

Brooklyn Designer Two Anton Repponen and Irene Pereyra introduced at WebExpo 2017 a unique approach to creative work . After years of working in the agency, they had had enough and decided to devote 6: 4 time to commercial and unpaid work. The idealistic approach works for them, they only have jobs in their portfolio that make sense to them. They also have no shortage of publicity. Photographs of the New York buildings that Anton “moved into the desert” were also mentioned in the CNN news. At the same time, the project did not pursue any practical goal (let alone commercial success) from the beginning. Another bold venture is the interactive document on community housing. Working in a completely different discipline, Irene described it as a “step from comfort zone to terror zone”, but does not regret it. The satisfaction that unpaid work brings them is more important to this pair than Ferrari.

When the machine speaks first…

Tom Goodwin , a visionary from the American agency Zenith showed where technologies could go in the near future. According to him, we still live in the digital “Middle Ages”. Finding time post digital illustrated with a simple example. To the question: How much time do you spend online? the thirties answer “So four hours,” while the teenager replies, “What?” He doesn’t “go” to the internet, he’s just there. And similarly, Goodwin described the future. Our user experience with technologies will be seamlessly integrated, without the need for software updates and restarts. Future devices can anticipate our behavior patterns and needs (and respond to them before we realize them). Meanwhile, however, the “blue screen of death” in an autonomous car can mean real death.

Do smart devices make us fools?

Designer Avi Itzkovitch , who specializes in the Internet of Things, questions the benefits of smart devices for practical life. Do you really need an egg counter in the fridge or a bottle that tells you to drink and how much? According to Avi Itzkovitch, smart solutions bring added value. For example, a digital apartment key that you can share with friends. A thermostat that learns when to turn on the heating and at what temperature based on your user behavior. Or an inhaler that also collects and sends data about the areas where asthmatics suffer the most.

In your data, you have eternal life – whether you like it or not

WebExpo 2017 contrasted with the technological optimism in which Joe Macleod spoke about death and finiteness. The central question was: how to meaningfully conclude our product relationship story? The manufacturer often does not offer a way out. We store growing collections of end-of-life phones in drawers, and the amount of data we share voluntarily is growing. “But such an App Store won’t tell you what to do if you want to quit the app once and for all,” says Macleod. The inspiration for successful “offboarding” is offered by the project ClosureExperiences , which Macleod initiated. He cited the Spotify service as an example of an application that also means that we can say goodbye to a user. When you cancel using the service, you will receive a farewell gift.

Recommended reading: More worth a visit.