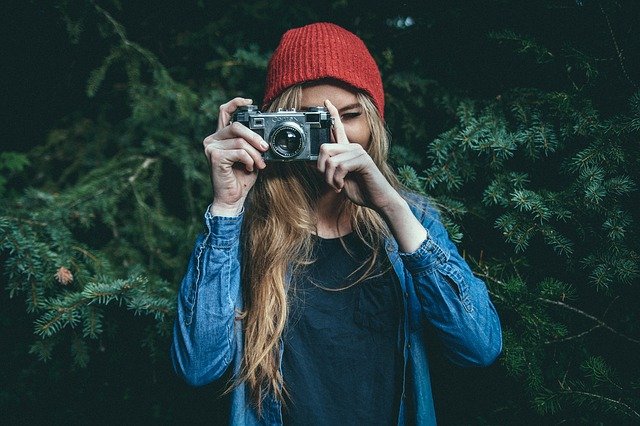 August is a month to celebrate, professionals, students and amateurs have, since 2010, a special day to honor the wonderful craft made into art such as photography with the creation of the day world of photography. Every August 19, Photography Day is formally established to commemorate an event of great significance, Paris being the cradle of nascent art .

Why is it celebrated on August 19?

The French Academy of Science and the government of France in 1839 gave the society of the moment the Daguerreotype, the first photographic camera, buying the patent from the French artist and inventor Louis Jacques Daguerre (1787-1851) releasing its use.

This fact made the construction and commercialization of the first cameras popular and the publication of their instruction manual by the newspapers of the time. This photographic technique crossed borders and the world learned about the invention that allowed the subsequent development of photography with the first capture of images through a chemical process.

Its use became popular due to its practicality, becoming the most used method for more than 20 years to later give way to new techniques that led to photograph in the seat where it is. The daguerreotype was the result and perfection of the first attempts at printing images captured from reality made by Joseph Niéce, a disciple of Daguerre in 1826 with the technique called heliography and who made the oldest known photograph.

In honor of all that was meant by the invention of the first photographic camera and France’s contribution to society and the culture of the moment with its universalization, this day is imprinted in the annals of history because from there the development of different photographic techniques is promoted at a great pace to position it as an artistic manifestation.

For this reason, since 2009 an international photography contest initiative was projected and it was finalized for August 19, 2010 under the leadership of the Australian photographer Korske Ara called World Photo Day .

This first date that brought together professionals and amateurs to celebrate the passion of capturing and perpetuating life in a photo , brought together 250 photographers who uploaded their works freely and openly on the official website for World Photography Day, creating the first online gallery for this purpose. The proceeds from this contest went to an organization that assisted sick children because it also coincided with Humanitarian Assistance Day.

The call was so successful that by 2017 there was a figure of 500 million participants from all over the world. The truth is that from then on, every year, every person is professional or passionate about photography exposes the emotion of it by taking a graph and telling a story from their individual perspective.

The invention of the camera and the subsequent evolution of the technology that allows us to capture photographs plays an important role in all of our lives today. From taking selfies to taking photos documenting wars and protests, World Photography Day celebrates this incredible art.

It is celebrated with great fervor by photography enthusiasts, from photojournalists, journalists, and even amateur photographers. They come together to share ideas and spread awareness about this day.

How to participate in World Photography Day?

Celebrate the power to imitate, transform and narrate life through the camera obscura, joining millions of wills for World Photography Day. Visit the website of the event where it invites you to publish your photos on social networks with the hashtags #Worldphotographyday or # díamundialdelafotografía , no matter the gender, be it portrait or selfie, landscape natural or urban, you will be welcome.

Join together with Maste Class Photographers and other photographers to go out and capture the best photographs and encourage the youth and children population to arm themselves with a mobile or camera and record unique moments raised in different environments of the communities.

On August 19, there will be millions of souls who will give thanks for one of the most wonderful inventions, one that fragments a piece of life, a piece of history told with emotion. To each of you, camera magicians and image artists, a thousand congratulations.